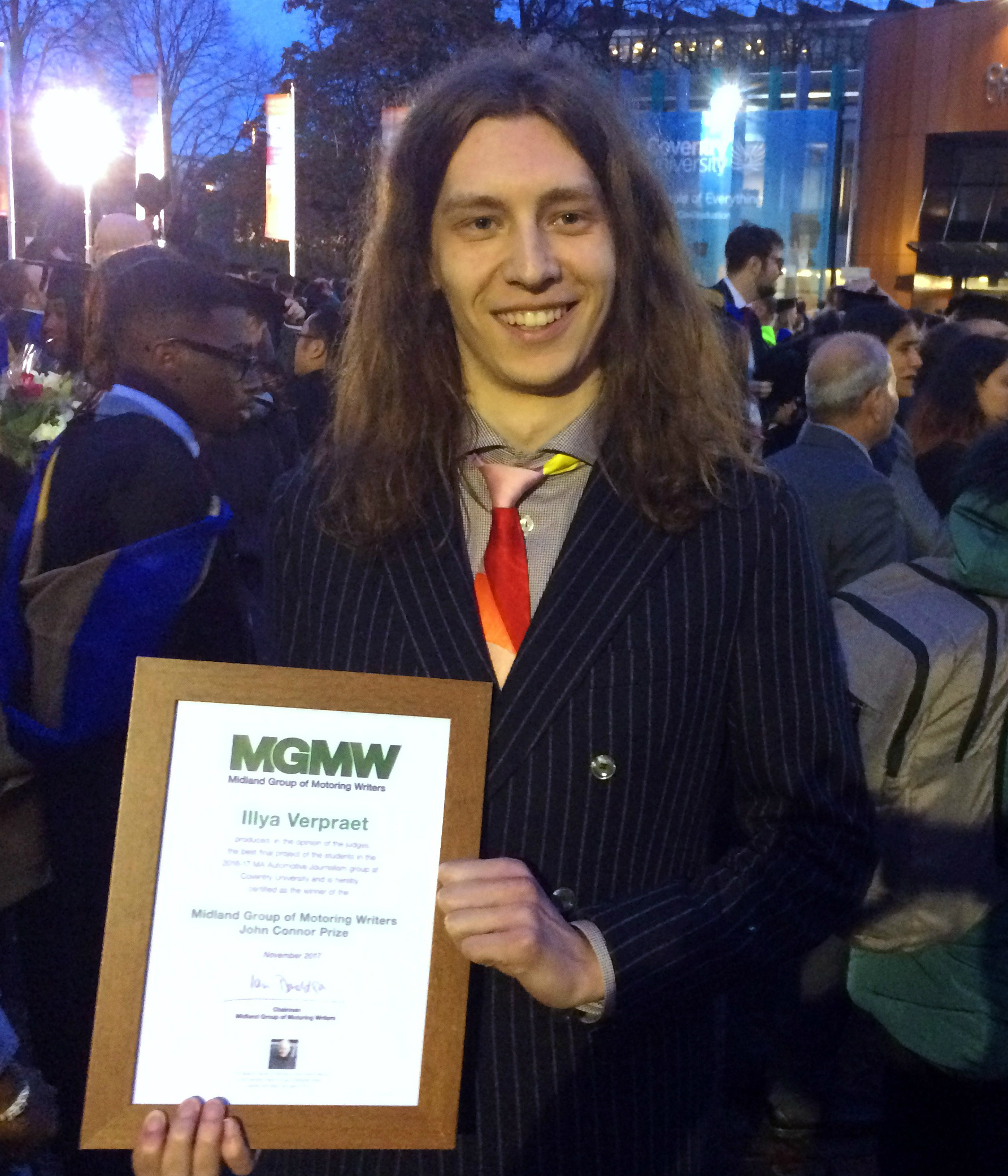 The winner of the 2017 John Connor Prize is Illya Verpraet from Belgium. He was presented with his award by MGMW committee member, Andrew Noakes, at the Coventry University graduation ceremony in late November.

The prize is named in honour of former MGMW member, John Connor, who died in a car accident in 2014, and is given to the Coventry University automotive journalism student who produces the best final project as part of his degree. John Connor had a long track record of training journalists at his papers.

Previous winners of the John Connor Prize include Cameron Tait, motoring and technology editor for Dennis Publishing’s The Week; Sam Sheehan, senior staff writer, at Autocar and Jan Conesa who is now working in a media analysis role for Seat in his native Spain.